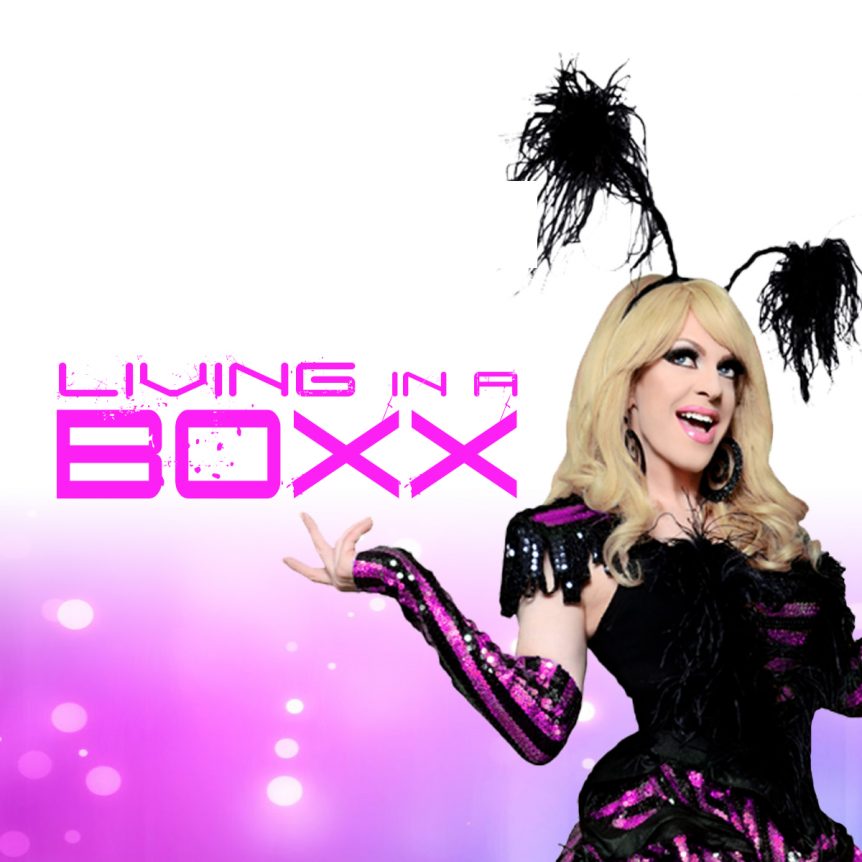 I decided that I should write more. I used to write all the time and sometimes it was very cathartic. I also thought, hey why not use the blog “SoapBoxx” on my website for its actual intended purpose. So, here I am writing a blog entry in a hopefully continual blog series. I won’t say how often they’ll be out. Why? Because I just don’t know. I hate making empty promises. If I’ve ever made one to someone, I apologize. I’ve been a repeated victim of the empty promise and it’s very, very frustrating. Living in Los Angeles, flakey is a common Los Angelean (is that a word?) trait. My goal was to write something today, anything. Then I saw two back to back Facebook posts today. One friend lost her mother from cancer today and one friend’s mother is in remission. Just seeing those two posts together on Facebook really just sums up life. You just never know.

RuPaul told me a very important life advice moment backstage on the set of RuPaul’s Drag U. Ru was asking why I still lived in Rochester because he said, “it’s SO cold there!” Agreed. I had family and friends and wanted to move to LA but was hesitating. Ru said, I’m turning 50 this year and if there’s one thing I know for sure is that time goes by quickly. Don’t wait to do anything. I did take that advice to heart and moved to LA shortly after. Working on Drag U Season 1 was incredible because there were a lot of fun moments behind the scenes and definitely created more bonds with queens that I’m still friends with today. So, I said to myself, “Self! Start typing! No more pussy footing around Wuss-Puss.” Ok, I didn’t really call myself a “wuss-puss.” I’ve just seen the movie Coraline WAY too many times.

There was a time when I was younger where writing was all I ever felt I had. It was the one thing I could do where I could truly express myself. I was painfully shy at certain points in my life. There’s stories there I could share that would truly let you know just how shy that was but I decided I wasn’t ready to embarrass myself just yet. Perhaps in writing more I can share more things. Apparently, some past things are still meant for the past right now. I have such empathy for my younger self. I wish he had more confidence to stand tall and proud all the time. I do know as a kid if there had been a show like RuPaul’s Drag Race on television, I would have felt differently. That impact is not lost on me now. I just hope that people who grew up watching this show truly grasp how one of a kind it really was and is. There’s a lot of gloss and shade and shit that goes with it but it is truly a ground-breaking show. Of course, it’s hella fun to watch too (unless it’s you being eliminated on it!).

I feel like we’ve gotten away from sharing stories and experiences. Facebook has just become an arguing ground for people. People do NOT accept that their opinion might be wrong. Arguing with someone on Facebook is like trying to ride a bike up a waterfall. People just can get so mean on there these days. It’s all: MY OPINION IS RIGHT AND IF YOU ARGUE THEN YOU ARE A SNOWFLAKE. I’m sorry but aren’t all snowflakes uniquely different and when united make one hell of a blizzard. I used to post a lot more on Facebook and have drawn back to usually just posting fluff. Mostly, it’s because I don’t need to attract negative, faceless profiles. Also, there is SO much negativity on there that we need some lightness! I guess here, I’ll just say whatever I want to. I can shut off the comments if I feel like it. I know people can screen cap it and share it on Reddit and say nasty things like they so often do. That’s cool. Go for it. Whatever makes you feel good about yourself. I guess I feel like if you took the time to read any of this, you must care about me to some extent. Grow with love! 😉

Until next time! Keep your heart warm and your Boxx tight.