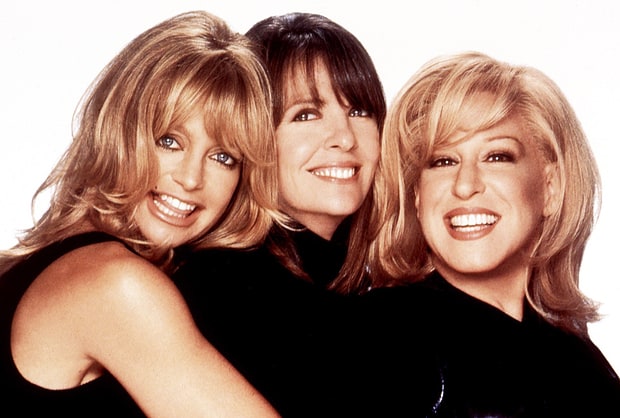 Unfortunately it’s not for a First Wives’ Club sequel BUT it’s still going to be fabulous. Goldie Hawn, Bette Midler and Diane Keaton will star in an original Netflix movie about members of a once-popular singing group forced to reconnect after their volatile split and 30 year estrangement. The movie is called Divination and I already made a puddle with excitement!

In the meantime, we can go back and watch First Wives’ Club for the hundredth time.