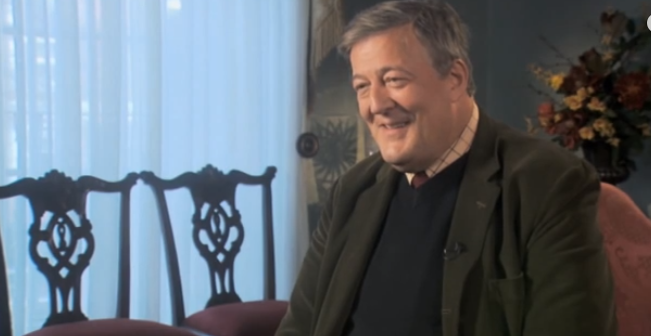 My belief system does not follow one religion because I simply do not feel like any of them have gotten it completely right.  Stephen Fry doesn’t believe in “the” God and when asked by an interviewer what he would say to God, if it all ended up being true, floored me.  Completely floored me.

I would say I would tend to lean towards agreeing with him on this one.  I too also favor the ancient Greek concept of mythology (hence why my name is Pandora which is taken from Greek mythology).  Even if Stephen Fry’s comments make you mad, I suggest you really listen to them.  As in really listen, not just hear them.

If you really look at us, we are created as flawed beings.  We were left with no real instruction manual on the right way to do things or even the right way to eat, etc.  We learned by instinct.  We destroy the only planet we have to live on.  We take and consume and consume and consume.  If nothing else, our planet seems like a social experiment conducted by some distant scientists to see how we’ll react to a bevy of hardships.  That’s not saying I think all life is bad because it isn’t.  Just look through human history to see the depravity of it all.  We leave a history of carnage and evil on our path.  It’s real easy to blame that on Satan when in fact all we have to blame for our behavior is ourselves.