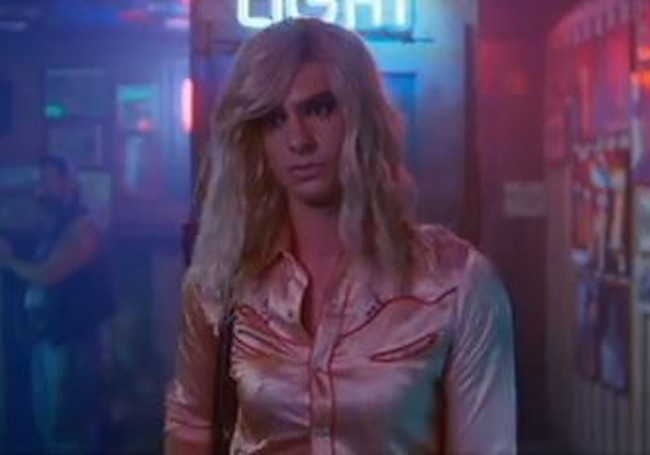 The new music video We Exist by Arcade Fire features a shirtless Andrew Garfield (thank you, thank you) but then takes an interesting, unexpected twist when he puts on a bra. What begins to transpire next is a real exploration in gender identity. To me that’s what drag is all about breaking down gender rules. Though Andrew’s character seems to be more struggling with his sense of identity and gender rather than just doing drag.

It’s a very bold move for a music video but I think it plays out a really compelling story while still realizing it’s a music video (hence ending at Coachella). The song is quite good too! Loving this right now! Poor thing though, I need to take her out wig shopping.