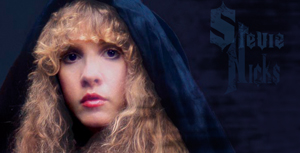 If you follow me on Facebook or Twitter, you know that I am obsessed with American Horror Story: Coven.  It’s everything!!!  It’s like they said, “How do we make every gay man have a gay-gasm?”  And they did it!

But  I Can’t Wait because the Rooms On Fire now because legendary Stevie Nicks will be making an appearance!  Yassssssss!  I feel like I’m on the Edge of Seventeen again, I’m so excited!

Ever since Misty professed her love for Ms. Stevie, I’ve been hoping and casting spells that she would be a guest on the show.  I’m going to tell you I may just pass out.  I also love that despite rumors early in her career that she was indeed a witch, she said to hell with it and will claim her witch-dom.  Twirl Stevie, twirl!