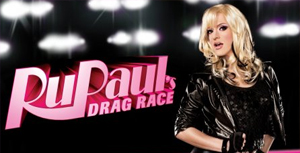 Make sure to watch Pandora Boxx on Season 2 of RuPaul’s Drag Race premiering tonight on LOGO at 9pm!

Join Pandora at TILT Nightclub every Monday for the Official RuPaul’s Drag Race Viewing Parties!  Find out the real scoop behind the scenes from Pandora!  Weekly performances by some of Rochester’s best entertainers & weekly giveaways including $100 in Tilt Bucks and Official RuPaul’s Drag Race merchandise!  Also whether you are in drag or out, you can compete in our own “Lip Sync for Your Life!” Doors open @ 8 and the show airs @ 9pm!

You can also check it out online tonight with live blogging from RuPaul and Season 1’s Ongina!

And check it on on VH1, Tuesdays at 9pm!