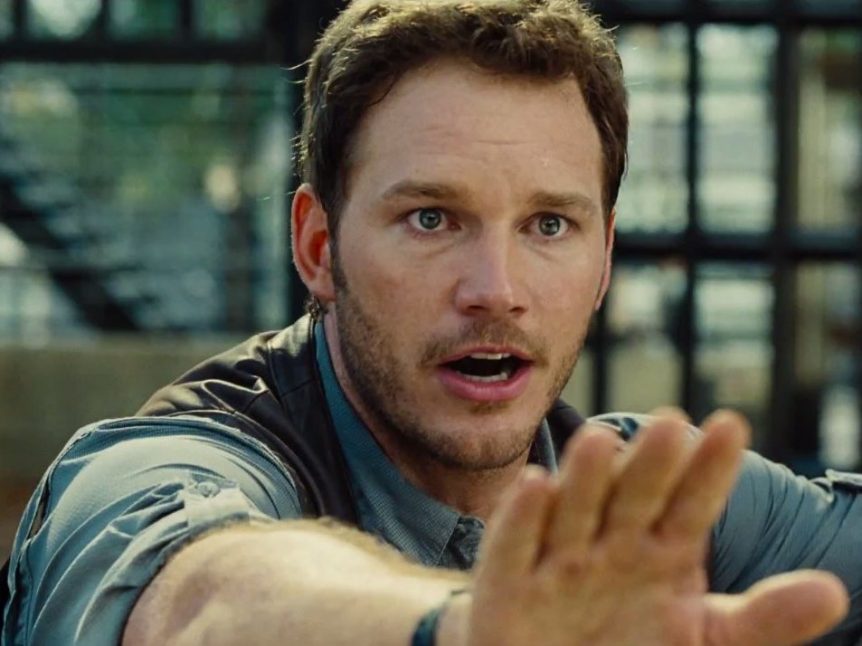 Have we all seen Jurassic World yet?? I have come across several people who are like “Well I don’t think its realistic that Chris Pratt would be running alongside a bunch of velociraptors. They should be eating him. It’s just not real.”

First of all. He should be eating me. What?? Too far? I think not.  A man who can tame a dinosaur, I mean move over 50 Shades of blah blah boring..Second…IT’S A MOVIE ABOUT DINOSAURS EXISTING IN 2015. Can we get a little suspension of disbelief here please?

Chris is also the new Indiana Jones. You gonna cry about that too? Which reminds me, I actually got into an argument with some guy when I was talking about how much I love Harrison Ford movies. He was like “I just can’t get into Star Wars, because historically speaking, that could never happen. It’s so unrealistic. Thats why I love Lord of the Rings.”

Ok. Let’s talk about this for a second, shall we? He is correct on one part. Star Wars wouldn’t have happened, historically speaking, because it takes place in the future. So I asked this guy “You think, historically speaking, there could have been a ring powerful enough to drive men crazy.” And he said “Well yeah, it was made by elves.”

The struggle is real people. I admit, I haven’t actually seen Jurassic World yet. But I feel like I saved the $12 by watching a flock of drunk girls try to cross the street in heels after leaving Micky’s WeHo the other night…

Even though I heard Bryce Dallas howard’s character kept her heels on the entire movie, despite running from a T Rex. Now thats a true queen.