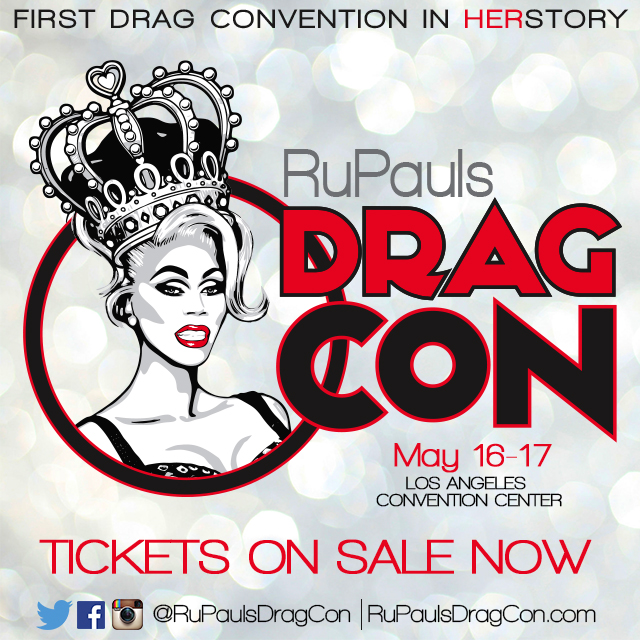 It’s coming! May 16th and 17th! The first EVER convention that celebrates “the art of drag, queer culture and self-expression for all”! Think Comic-Con meets BeautyCon meets Hello Kitty Con. It’s RuPaul’s DragCon, and it’s going to be GAYMAYZING!

“I am thrilled to bring this one-of-a-kind event to Los Angeles. DragCon is not just a showcase for the most talented drag queens in the world. It’s a chance for all lovers of drag culture – young and old, gay and straight – to come together, to inspire each other, and to let their freak flags fly high.”

RuPaul’s DragCon will kick off the Gay Pride season with a fierce new twist. DragConcreators expect several thousand attendees to experience a glittering weekend with the largest ever gathering of drag queens and gay icons. The convention will feature over 100 vendors and exhibitors, panel discussions, screenings, autographs, and photo opportunities.