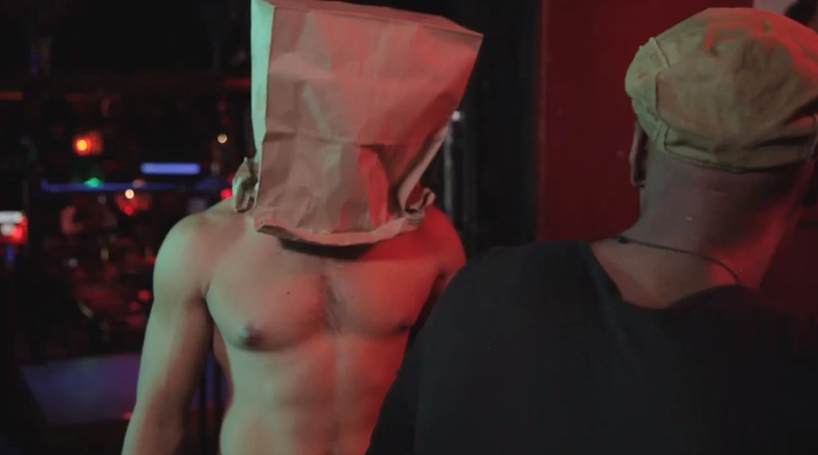 And who every this queen is, I love her:

And paper bag head as the oh-s-common torso peeps, DYING!  And P.S. I want to lick his nipples.  Just saying.